Description: Aegagrophila Linnael is a type of algae that comes from Lake Akan in Japan. It’s just known as Marimo in Japan, it gets it’s name from Mari meaning “ball” in Japanese and “mo” refers to algae in Japanese. The Algae grows in a weird pattern which causes it to become tangled up, which ten creates a ball. The tangling starts from the inside and grows out. Marimo balls are considered a treasure in Japan and that’s why it’s featured on many items in Japan

Great for getting rid of pond algae and algae in the aquarium because the moss ball out competes the algae for nutrients since they have similar diets. Also in your pond drop a couple in and let them remove nutrients that cause that ugly green water. This will also let you get rid of algae the natural way.

Shrimps and Thai Micro Crabs Love them as they hold a good food source for them. 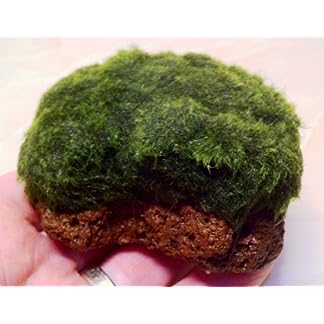