Chickpeas, also called Chickpea (English), Garbanzo (Spanish), Bengal Gram (Indian), Hummus (Hebrew), Hamaz (Arabic), Cicer Arietinum (Latin, Botanical)(100 Heirloom Seeds) Organic, Non-GMO, Chick-peas, or garbanzos, have been grown in Mediterranean countries since as early as 8000 B.C. Cicer arietinum was a staple of their diet and still plays an important part in the regional cooking of southern Europe., Chick-peas, widely grown in India and Burma, are India’s most important legume.The chick-pea is a delicate, graceful plant which branches near the ground and is usually about two feet high., One or two seeds are borne in numerous round swollen pods about four months from the time of sowing., .Chickpeas are a popular addition to a vegetarian diet because they are very high in protein for a plant crop, and you will also get folic acid, manganese, iron and fiber.They are basically very nutritious and high in several minerals that are not that common in plant form. Middle Eastern cuisine uses a lot of chickpeas, in dishes like hummus and falafel.This versatile legume can be grown as a cover crop, as well as for its protein rich beans. Also makes a great hay plant. Fixes nitrogen, 60-80 lbs/acre. The chickpea or garbanzo bean is a cool-season annual that requires about 100 days to reach harvest. Sow chickpeas in the garden about the date of the average last frost in spring or slightly earlier. Chickpeas require a long growing season; to get a head start on the season. 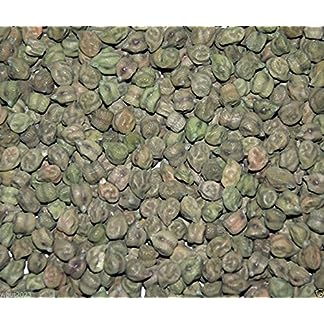